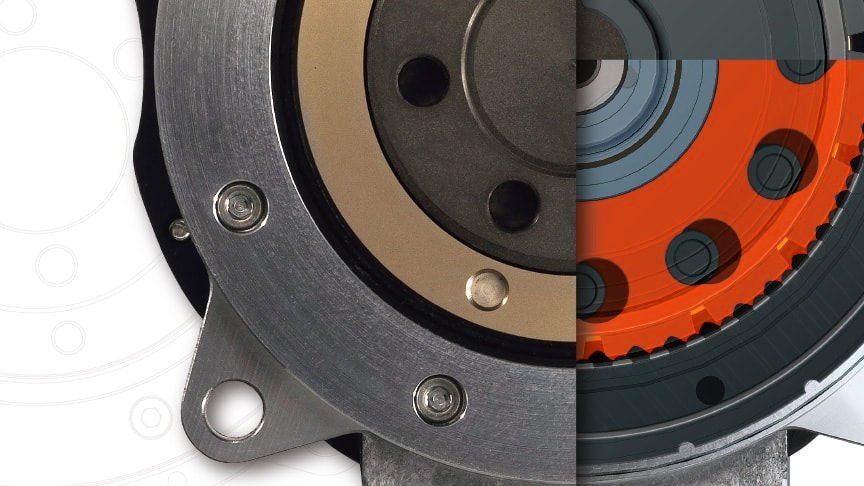 "We've never seen an actuator smaller than the one we developed ourselves." So recalls Hiroaki Usui, General Manager, Motor Technology Department, R&D Division who works in development, while examining actuators for power assist suits.
Numerous hurdles had to be overcome on the way to realizing this new actuator with its ground-breaking lightness and slim profile, including the development of the differential reducer and its integration with the new electric motor, tuning of the design to make it smaller and slimmer, and readying it for full-scale production.

Power-assist suits (exoskeletons) are accelerating their applications in logistics, manufacturing, agriculture, and nursing care fields in recent years. Existing suits weigh about 5.0kg on average. As this weight puts a lot of strain on the user's body during extended use, it is a prime target for improvement and developers everywhere are working relentlessly to make the suits lighter.

At the core of a power-assist suit is an actuator, made up of a motor and reducer, with an approximately 50W output. We have been working on development of such a new actuator since 2015.

An actuator slim enough for use in a power-assist suit cannot be built using a separately procured slim-profile motor and reducer. Having recognized this early on, we embarked on a project to develop our own motor-reducer combination that could be used to build an actuator.

Through the development and mass production of motors with planetary differential reducers over the preceding 10 years, ASPINA had already acquired a wealth of experience at the outset of this project. Despite this, as of 2015, none of these had the right output and size needed for a power-assist suit. Furthermore, achieving a high gear ratio in a planetary differential reducer requires a multi-stage mechanism. Unfortunately, as Mr. Usui noted, "There is only so far you can go to slim the unit down by making the gear wheels thinner without compromising strength."

This led them to consider using a differential reducer (trochoidal reducer), which is capable of a high gear ratio in a single stage. While all of the reducers of this type on the market at the time were large, ASPINA had already been working on differential reducer development since around 2000 and had built prototypes. Believing the knowledge and know-how acquired through that previous prototyping would facilitate rapid development of a reducer, so, in 2015, we decided to make this happen internally. 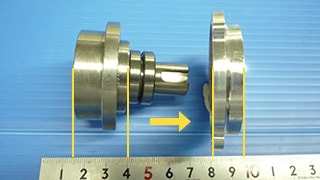 The company already had its own analytical techniques. For example, a method for determining the stress distribution diagram (calculation and evaluation of strength and rigidity) for gear wheels and other components was used in the development of trochoidal reducers to assess strength and rigidity during the early design stages.

Another issue was that no means currently existed anywhere for the mass production of slim and lightweight differential reducer. To keep providing a certain volume of reducers at a reasonable price, custom-made products did not suffice, and what was needed was products suited to volume production. Therefore, ASPINA undertook numerical simulation and prototyping to come up with a production design in which the gear teeth could be machined to an accuracy of around one-micron order. Furthermore, we carefully selected a material with the sufficient strength to withstand the forces applied to the gear mesh. Through these steps, the manufacturing technology needed for volume production was put in place.

Making the gear thinner was not enough on its own to achieve the target actuator size. To make the motor thinner while maintaining the output, ASPINA began development of technology for split core motors.

For the purpose of further slimming the actuator, the reducer and motor were positioned in such a way that they were able to share parts and space where possible. Encoders, essential for precise motor control, are typically housed in a separate casing thus rendering the actuator bulky. To reduce actuator thickness, we used three-dimensional design to integrate the encoder module in vacant space within the motor housing. This was a ground-breaking idea for an actuator because use of a built-in encoder module meant no extra thickness.

A complex arrangement of reducer, motor, and encoder module was resulted, and this succeeded in making the actuator even slimmer. The actuator was now significantly thinner and lighter than it had been before adoption of the differential reducer. All of this took less than three years from the start of development. 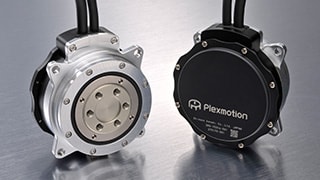 A special ordered actuator using plastic materials for many of the parts weighed in at only 250g. This was a reduction of 62%. With the current production model having an outer diameter of 77mm and a thickness of about 46mm*, ASPINA had succeeded in shrinking the actuator down to a size that feels comfortable for the person wearing the power-assist suit.

ASPINA has frequently consulted with companies and universities developing power-assist suits in an effort to acquire an accurate understanding of where customer and market needs reside. As a result, it was found that actuators with existing motor/reducer combined were uncomfortable to wear, and solving that drawback would meet the customer value.

Therefore, we made a decision to develop not only electric motors but also new reducers on its own, and continued to work on prototypes until the size and weight needed for practical use were achieved. When presented to a particular company, the final completed prototype was very well received. They were impressed with how thin it was and commented that, "Noise and vibration have been a concern, but they are no longer a problem here. I believe this is a product we can use."

Motor developers, reducer developers, and all others involved in the project got together to aggressively devise new ideas and provide suggestions toward the same goal of achieving early success with the development of the slim lightweight actuators demanded by customers and the market. This is a corporate culture of ASPINA, which they believe to be a key to success.

Around the world, further development has been conducted for power-assist suits, as well as powered trollies, service robots, and automated guided vehicles (AGVs) as means of augmenting the human body. Such technology developed to make power-assist suit actuators thinner and lighter are also expected to be applied to equipment from these other related fields.

Customers may focus on the development and marketing of their own power-assisted products to seize even larger market opportunities, while ASPINA is committed to develop drive circuits and communication technology for use with the actuators, and to supply it as an all-in-one package.

We will be seeing further innovation in power-assisted products with the aim of revolutionizing the ease of transportation and mobility in near future. ASPINA believes that its technology has a vital role to play in making this a reality.