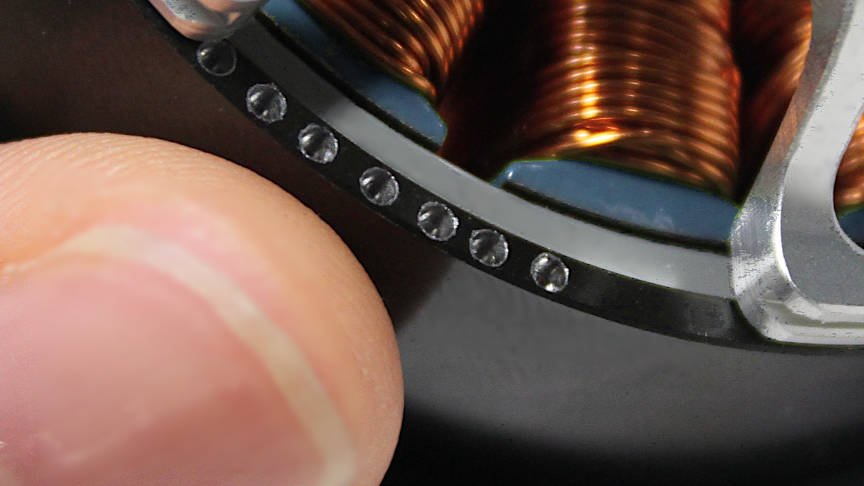 "You've brought vibration to incredibly low levels." These words were spoken by one of our customers with a look of satisfaction as they held a running sample of a newly developed motor in the palm of their hand to judge its level of vibration. "Now, all the effort put into this project by our product design team and production engineering team will pay off," affirmed Yasuo Hanaoka of Development and Design Group 1 of the Engineering Department at the Automating Life & Work (AL) Business Unit. To develop a small and lightweight motor for drones (multicopters) with vibration levels brought to their lowest limit; this was the challenge taken up by the ASPINA engineers to meet this customer's requirements.

Back in 2014, a television program was broadcast that featured the use of drones for aerial photography. This was a time when drones were still something tried by only a few radio-control model enthusiasts. Members of the AL Business Unit saw the program, and their curiosity was sparked. They looked into these drones, discovering that they were easier to steer than traditional radio-controlled helicopters and featured superior flight stability. From these findings, the AL Business Unit members saw a future coming where drones are something that anyone can use with ease without the need for special training.
Meanwhile, the wider world was also starting to take an interest in the potential for the commercial use of drones, including Amazon in the U.S.A., announcing plans for their use in delivery services.

The view from commercial users, however, was that, if drones were to become genuinely useful in industrial applications, they wanted machines they could rely on that were built from parts that were not prone to failures or faults. As most drone parts at that time were provided by suppliers from the hobby industry, drone aircraft were not particularly reliable, suffering from instability in flight.
"Surely ASPINA, with all its motor development and manufacturing expertise, will be able to build small and lightweight drone motors that provide consistent performance..." Just as AL Business Unit engineers were coming to this conclusion, they received an inquiry from a drone manufacturer about developing small and lightweight motors with high output and low vibration for use in commercial aerial photography drones.

Unlike helicopters or fixed-wing aircrafts, drones rely on their motors not only for vertical movement, but also for horizontal movement. Maintaining flight stability in a drone requires that there is no variability in vibration from each of its motors. Minimizing vibration is also vital in aerial photography to prevent image blurring.

While customer's needs for the use of low-vibration motors in their drones were urgent, they were still at a trial and error stage, lacking quantifiable numbers for things like how much motor vibration needed to be suppressed and what kind of vibration causes problems. The availability of quantified numbers against which objective judgments could be made would have provided direction when it came to tracking down the causes of vibration. The reality, however, was that they were starting from scratch.

Accordingly, ASPINA's challenge to reduce vibration would start from tracking down its sources.

The major cause of motor vibration is an unbalanced rotor (center of gravity misaligned with the center of rotation). For this reason, standard practice for minimizing vibration to ensure motor performance, has been to correct for any out-of-balance in the rotor itself, prior to attaching the bearings and other components. That is, balancing the rotor in its independent component state.

However, whereas other similar small-size outer-rotor motors have speeds of around 3,000 rpm, those used in drones operate at 5,000 rpm or more. This is why being just slightly out of balance is enough to cause motor vibration.
Moreover, motors have two bearings that are attached during motor assembly. ASPINA had past experience with a requested motor where it was found that motor vibration still occurred despite balancing the rotor on its own. The vibration was due to factors such as gaps in the two bearings and the influence from the magnetic circuit when the motor was assembled.
This experience ultimately led the development and design team at ASPINA's AL Business Unit to the decision that they would balance the motor in its fully assembled state. 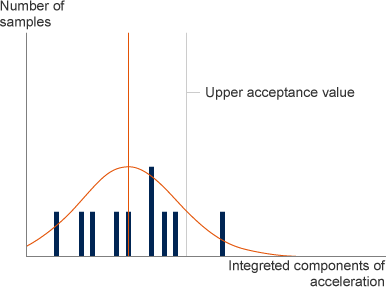 Vibration of motor by correcting balance of a rotor alone 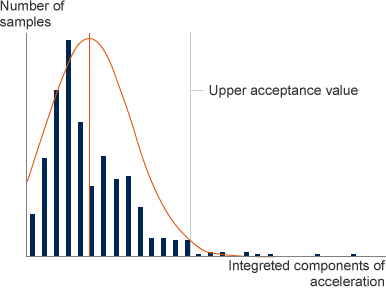 Vibration of motor by correcting balance in its assemble state

ASPINA's production engineering team initially trialed a variety of different machining techniques based on additive balancing. The problem with performing additive balancing on a fully assembled motor, however, is that the rotor is hidden inside the motor case, making it extremely difficult to attach weights. Moreover, doing so would have required the manual attachment of weights of only a few milligrams, an amount so small that it could be placed on the tip of a needle. The production engineering team came to the conclusion that additive balancing should not be chosen as the amount of work required would make it too inefficient for mass producing motors with this level of precision.

Subtractive balancing of a fully assembled motor was implemented by using a drill to remove material from the motor in quantities of five milligrams at a time. To provide locations from which material could be removed, the development and design team modified the motor design to add protrusions for this purpose. At the same time, these protrusions were made as slim as possible so as not to conflict with the customer's requirement for small size. 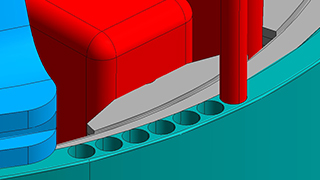 Meanwhile, the production engineering team used a machine called a balancer to provide a quantitative measurement of where material needed to be removed from the protrusions to achieve subtractive balancing. This enabled the process to be automated, with measurements being passed to the balancing machine that automatically drills holes where needed to balance the motor.

In practice, using a drill to remove material results in swarf waste. Being metallic, the swarf will be attracted to the motor's magnet unless something is done to prevent it, with the potential to cause serious faults.
To deal with this, the production engineering team inserted a partition between the drill and motor to prevent the swarf produced when drilling into protrusions from getting inside the motor body. As this on its own was not enough to stop swarf from getting into the motor, a vacuum system was also used to suction swarf away from the surrounding area during drilling.
Ultimately, this problem was solved by thoroughly investigating manufacturing conditions that do not generate burrs (small metal protrusions remaining on the edge of a hole when drilling) which enter through small gaps between the shutters of the partition.

The development and design team also chose to use high-strength aluminum for parts other than the magnetic circuit to help satisfy the customer's requirement for weight reduction. A consequence of this was that both iron and aluminum were present at the drilling sites of the motor used for subtractive balancing. In the early stages of production engineering, there were frequent problems with the balancing machine shutting down during operation due to the machining of two different metals. In response, the production engineering team sought advice from the tool manufacturer as well as ASPINA's own machining department and conducted a series of tests. Finally, after numerous experiments, they were finally able to determine the optimal combination of tools and operating conditions that enabled the balancing machine to operate continuously without shutting down. The production equipment was upgraded based on these operating conditions and appropriate maintenance intervals were determined. The end result achieved smooth operation and suppressed problems while also delivering the mass production of a low vibration and lightweight motor as requested by the customer.

Drones equipped with ASPINA motors are praised for "having more stable flight and providing aerial images with low levels of blurring."

ASPINA plans to develop even smaller drone motors. As making motors smaller reduces their output, they are used with smaller propellers and therefore need to spin faster to produce thrust. Moreover, running motors at higher speeds means that being only just slightly out of balance will result in vibration. Added to this, the protrusions needed for balancing also become smaller, requiring even more precise balancing control. ASPINA recognizes that it will need to draw on the experience gained from this current development to further improve balancing methods.

Among the requirements for future drone applications are effective traceability and improved failure prediction so that users can fly their drones safely. Effective traceability means that it is possible to track when and under what conditions a faulty motor was manufactured, so that if any problem occurs with a drone, the cause can be tracked down quickly. Improving failure prediction makes it possible to automatically stop drones from flying if an imminent fault in a motor or driver is indicated, or when the drone is in flight, potential faults can be predicted before it results in a crash, so that the drone can be brought safely back to earth.

In this way technologies for safe and reliable drone flight will allow the use of drones to expand beyond aerial photography and delivery services to encompass applications in a wide range of other fields such as indoor surveillance in the presence of people or the inspection of infrastructure in wind-affected locations (such as bridges, tunnels, power lines, and so on). 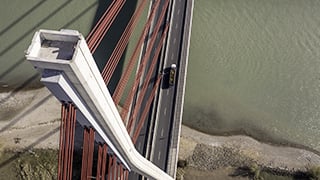 ASPINA is investigating a wide range of issues associated with making drones even safer, including how to deal with motor anomalies and how to use sensing to identify potential faults.

By coordinating development and production engineering, ASPINA intends to contribute to satisfying the ever-increasing demand for improved safety, and respond to the growing demand for drones.